Node-RED 0.19 is now available to download or npm install.

Node.js 4 reached its end-of-life back in April and is no longer receiving fixes of any sort. The current Node.js LTS release is 8.x with 10.x coming in October.

As the node ecosystem continues to move forward we are seeing an increasing number of modules we depend on dropping support for older node.js versions.

We are taking this opportunity to announce that this will be the last release of Node-RED that supports anything earlier than Node 8.x.

As we approach Node-RED 1.0 we will establish our own LTS policy that aligns as closely as possible with the Node.JS schedule.

This release brings the next step on our roadmap to 1.0; the ability to store context data outside of the runtime.

Context data is state held within a flow outside of the individual messages flowing through it. Previously, this data was only held in memory, so would be lost whenever the runtime restarted.

With 0.19, this state can now be held outside of the runtime. The runtime provides a new API for creating context stores and 0.19 provides two implementations ready to use.

The default store remains an in-memory store - so nothing will change for existing flows. The second implementation provided is a file-based store - where the context data gets written to files under your user directory.

In time we plan to have other implementations available, such as for Redis, to allow a more scalable approach when running at scale.

Documentation on the how to enable the new context features is available here. 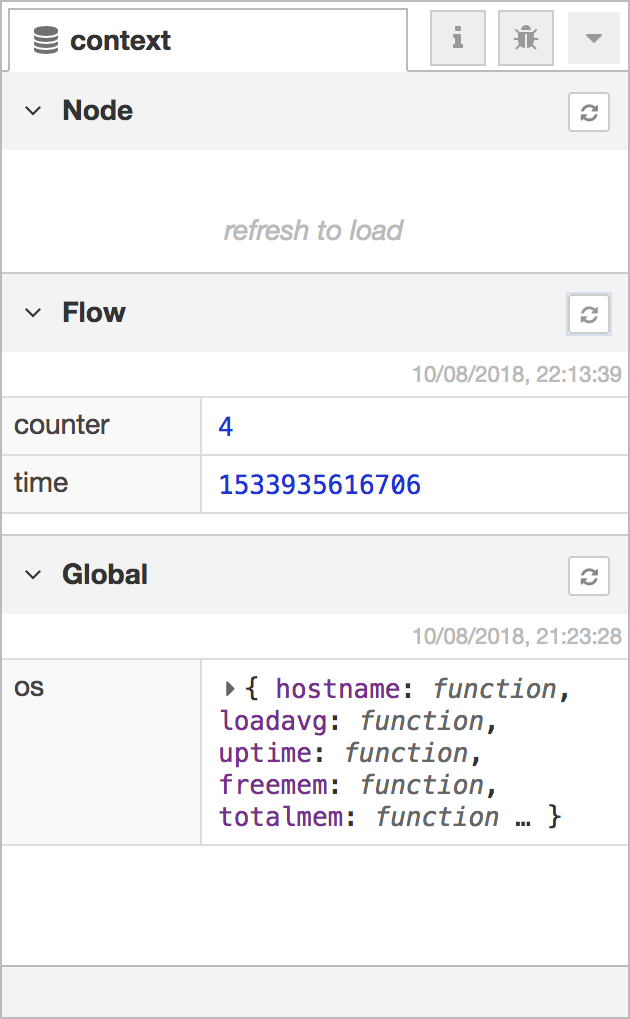 To compliment the new persistent context feature, we’ve added a new sidebar that allows you to view context data within the editor. Inspired by the existing node-red-contrib-contextbrowser plugin, the new sidebar has been built around the new underlying context apis and fully supports multiple context stores.

As with the Debug sidebar, if you hover over any value a button appears to copy that value to your clipboard. Note that only values that can be JSON-encoded can be copied.

With the new context sidebar, it was time to redesign how the sidebar tabs were displayed as they were getting squashed.

The tabs now collapse down to just an icon for the tab, with a drop-down to select any tabs not currently visible.

It is now possible to customise the icon of any node in your flow. This can help distinguish between multiple nodes of the same type that perform different roles.

The icon option is on the ‘node settings’ section of each node’s edit dialog. It allows you to browse and pick from all of the available icons. Note we do not yet support using the Font Awesome icons for the node.

You can also now choose what palette category a subflow appears in. This makes it easier to organise your subflows rather than having them all in a single category at the top of the palette.

We’ve added a flow navigator widget in the footer of the main workspace that can be enabled with the new button. This gives you a scaled down view of the entire workspace, and shows you which bit you are currently looking at. You can drag the view around to quickly reach any corner of the workspace and should make it easier to find the odd nodes you had dragged to the furthers corners and forgotten about. 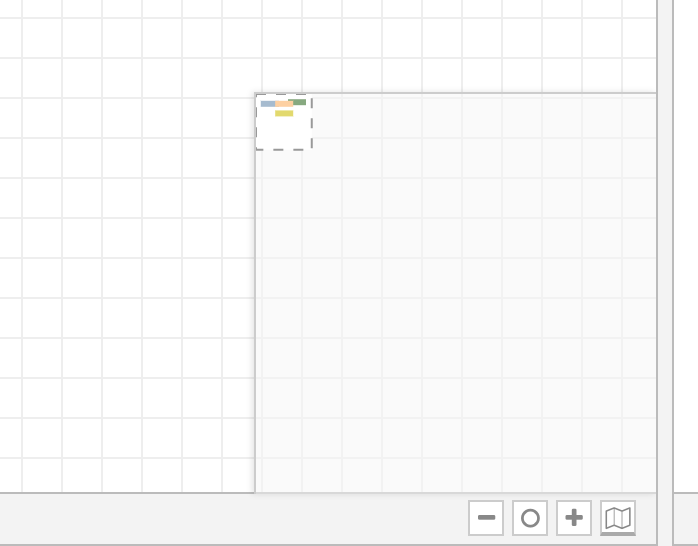 It is now possible to access environment variables directly within a flow.

The Inject, Switch and Change nodes have all been updated to add the ‘env variable’ option to the standard TypedInput widget:

We’ve also added the $env() function to the JSONata expression language to allow environment variables to be accessed from within an expression.

A project of the OpenJS Foundation.